skip to main | skip to sidebar

WITNESS THE BEST TRIBUTE SHOW YOU WILL EVER SEE...
LIVE ON STAGE!.
Come and be close to the Stars.
Victoria Boland is a "vevila", a Gaelic term for "a woman of melodious voice". Born with a song in her heart and music in her soul, Victoria first charmed audiences with her rich, mellow voice at the age of 6, and cut her first recording at age 8 in Australia. 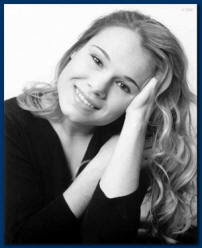 In her teens, Victoria was awarded 2 scholarships to Boston's Berklee College of Music for her jazz vocals but after taking out the title of Canadian Country 18 & Under Singing Champion in 2000, Victoria turned to country music for 4 years. In 2001, she wrote, produced and toured with her own cd, ALL WOMAN GIRL. The following year she had the thrill of working on a country project involving members of Elton John's band but "retired" from being a "country" music artist after winning the coveted title of Canadian Open Country Singing Champion in 2004.

Today Victoria is an international entertainer whose versatility as a vocalist and performer continues to attract interest from various areas of show business and the music industry. Highlights of her career include performances for thousands at a Shania Twain concert, at Queen Elizabeth's Golden Jubilee and at the Opening Ceremonies of the World Cycling Championships in 2003.
While Victoria continues to work hard at her career as a singer/ songwriter and is now busily collaborating with another equally talented singer/songwriter on some totally innovative material, Victoria's most career-changing event in recent months has been her 4- month run in Hong Kong as a tribute artist. It has re-affirmed her life-time goal of becoming an international entertainer whether as a recording artist, a duo act, or all-round entertainer.

Andrew Rudd is a brilliantly talented guitarist, singer and songwriter, a former student of the prestigious JMC Music Academy in Sydney, Australia, where he gained a greater understanding of music and the entertainment industry, and was involved in six different bands, one of which 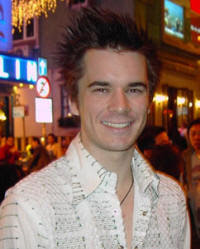 was showcased amongst the top college bands at the top Sydney venue, "The Metro". At only 19, Andrew was invited to be the lead guitarist and a featured vocalist in a "Sixties Mania" and "Superstars of Rock" show being put on at "THE CAVERN", an upscale supper club in the popular Lan Kwai Fong area of Hong Kong. As the publicity for these shows stated "Andrew is the youngest member of the group, but his age is definitely not a reflection of his talents, whether it's singing lead, harmonizing, or playing the six or twelve string guitar."
So successful was the show, and Andrew's role in it, that his original contract was extended for a total of 16 months work, and he became conversant and skilled in all styles of music from the 50's to the 80's and beyond. Barry Britton, the show's producer, director and band leader, calls Andrew "the most exceptional guitar player in Hong Kong, who will one day soon be the biggest superstar on MTV". And we certainly don't need to tell you that the ladies adore him, do we!

If you like more information on SuperStars Tribute Live.
We would be happy to answer your questions,
Call:(519)754-0169 Or visit our website at: http://www.brantfordkinsmen.ca/superstarstribute.html
Posted by Kinsmen Club of Brantford Inc. at 2:13 PM

Kinsmen Club of Brantford Inc.
Brantford, Ontario, Canada
Brantford Kinsmen Incorporated, was chartered on March 11, 1941 and on October 1, 1962 received its' Letters Patent from the Provincial Secretary and Minister of Citizenship of the Province of Ontario.